Testosterone was the first successfully synthesized anabolic steroid. Testosterone propionate is a fast-acting, short-ester, oil-based injectable testosterone compound that is commonly prescribed for the treatment of hypogonadism – low testosterone levels and various related symptoms in males.

Testosterone propionate was first described in 1935 to increase synthetic testosterone’s therapeutic usefulness by slowing its release into the bloodstream.  It was released for clinical use two years later by Schering AG in Germany, featured in a hybrid blend with testosterone enanthate under the brand name Testoviron.  This was also the first commercially available version on the U.S. prescription drug market and remained the dominant form of testosterone globally prior to 1960.

Testosterone is the primary androgen found in the body. Endogenous testosterone is synthesized by cells in the testis, ovary, and adrenal cortex. Therapeutically, testosterone is used in the management of hypogonadism, either congenital or acquired. Testosterone is also the most effective exogenous androgen for the palliative treatment of carcinoma of the breast in postmenopausal women. Testosterone was in use in 1938 and approved by the FDA in 1939. Anabolic steroids, derivatives of testosterone, have been used illicitly and are now controlled substances. Testosterone, like many anabolic steroids, was classified as a controlled substance in 1991. Testosterone is administered parenterally in regular and delayed-release (depot) dosage forms. In September 1995, the FDA initially approved testosterone transdermal patches (Androderm); many transdermal forms and brands are now available including implants, gels, and topical solutions. A testosterone buccal system, Striant, was FDA approved in July 2003; the system is a mucoadhesive product that adheres to the buccal mucosa and provides a controlled and sustained release of testosterone. In May 2014, the FDA approved an intranasal gel formulation (Natesto). A transdermal patch (Intrinsa) for hormone replacement in women is under investigation; the daily dosages used in women are much lower than for products used in males. The FDA ruled in late 2004 that it would delay the approval of Intrinsa women’s testosterone patch and has required more data regarding safety, especially in relation to cardiovascular and breast health.

The Propionate Ester: An ester is any of a class of organic compounds that react with water to produce alcohols and organic or inorganic acids. Most esters are derived from carboxylic acids, and injectable testosterone is typically administered along with one or multiple esters. The addition of a carbon chain (ester) attached to the testosterone molecule controls how soluble it will be once it’s inside the bloodstream. The larger the carbon chain, the longer the ester, and the less soluble the medication; a  large/long ester will have a longer half-life. The inverse is true of short carbon chains, like the propionate ester, which acts rapidly upon the body and evacuates the body at a similar rate. With a three-carbon chain, the testosterone ester possesses the shortest half life of all testosterone esters at 4 days.

There are no reviews yet. 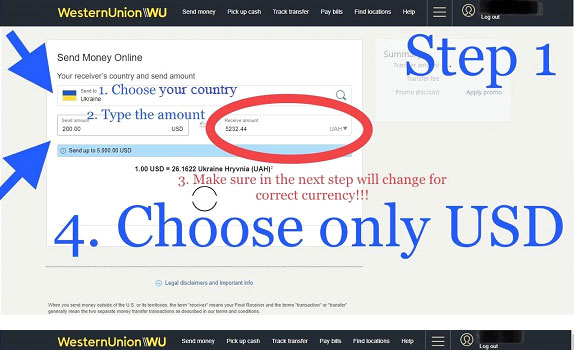 If you are paying with USD, be aware that the funds must be made available for pick up in the USD only. The pickup currency must match the currency it was sent in. Make sure to alert the agent to this; otherwise, the payment will be declined. No other currencies are accepted.

Compelete a simple “Send Money” form. You can ask an agent, if you need assistance.

You can pay with cash, a bank debit card, or a credit card.

Please be sure to fill out your form using the order total listed above.

An 8-digit reference number will be provided. Please hang on to this. We cannot collect your payment without it.

MoneyGram is design for people to send money to family and friends, it is not supposed to be used for business;

If they suspect this is a business transaction, they will stop the transaction.

If asked, you can tell them it is for a family member or friend in need.

WE WILL EMAIL YOU FOR THE RECEIVER NAME